Your Realtor for Life, for Every Generation in Your Family
Akin Realty » About

Welcome to Akin Realty! We specialize in properties within a 60-mile radius from the center of Charlotte, North Carolina. Our team always strives to exceed client expectations by guiding you through the entire Real Estate buying and selling processes. Contact us today for a consultation!

At Akin Realty LLC, we approach all our projects with a positive mindset. You can always expect a collaboration filled with transparency and consistency. We work tirelessly to be the trusted realtor your family needs.

Real Estate can be complicated and intimidating.

Our team of bilingual agents, fluent in Russian, Ukrainian, and English, can walk you through the whole process in a language you are comfortable with.

Our founder and broker-in-charge, Christina Chubachuk, was 18 when she first started her journey into the Real Estate world. She always knew she wanted to be involved in the financial industry because she wanted to help people manage their money better. After her two-month-long course, she decided to work with Keller Williams. KW was an excellent place for her to build a strong foundation and learn how to manage the processes and structures of a successful Real Estate company. Christina also developed the skills to help buyers and sellers achieve their Real Estate dreams. She began to grow in popularity and became known as the “land lady.”

A broker-in-charge at Century 21 offered her a position, and Christina took up the challenge to run her new firm’s commercial and land department. After the broker decided to sell the company, Christina Chubachuk found herself at a crossroads. After much thought, she decided to open her own Real Estate company instead of going back to represent a company that did not have much to teach her. Christina named her firm Akin Realty with the thought that all successful companies have short names that are usually acronyms (though ours is still to be determined). Since then, Akin Realty has continued to grow in popularity, primarily in the Slavic community and the surrounding metropolitan area.

A Team Of Professionals 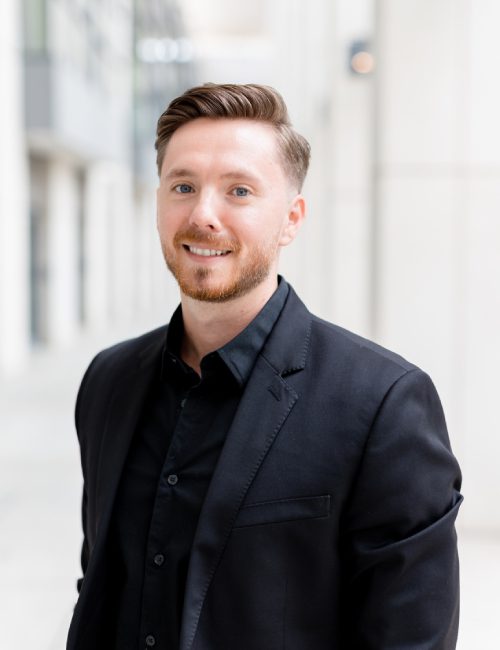 Moved to charlotte at a young age with his family and has seen Charlotte transform into this robust and exciting city. Slavik has a variety of backgrounds, from IT to Insurance to Logistics to now Real Estate. During his career in corporate America he always knew he wanted a way out and enter into the business world. Slavik loves to help people and strives to help people achieve their goals and desires. Real Estate has always been an interest to him for the longest. After deciding to put a date on when he will be leaving the corporate world, he decided to get licensed as soon as possible and jump into real estate. He decided to join Akin-Realty and team up with his wife and tag-team the brokerage together. Him and Christina always wanted to achieve and pursue something together and have the same goals in mind. 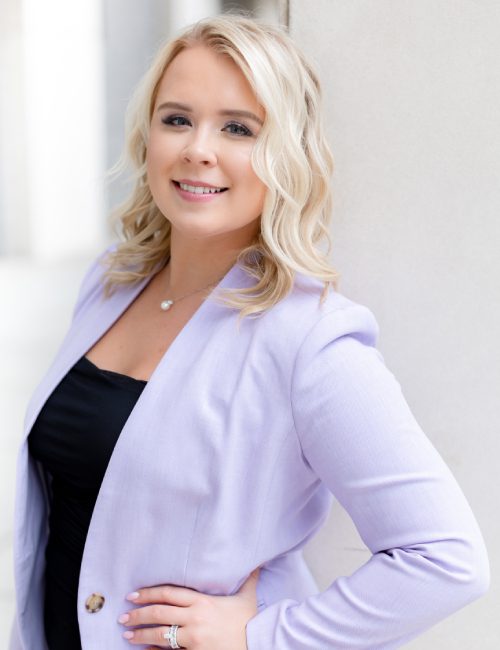 Christina began her career at Keller Williams Ballantyne as a new agent at a training company so that she could build a strong foundation for her business. She was quickly recognized as an agent who was not afraid to ask questions, and she earned a good reputation quickly, especially since she was the youngest Real Estate Agent in a company with over 500 agents. She was later offered a position at Century 21 Vanguard as head of the Land and Commercial department because she was best known by her colleagues as the Land Lady. She worked closely with her mentor, Norm Radabaugh, owner of Landman Properties Inc. She was then offered an opportunity to create her own firm and she had acquired the knowledge and skill to run a successful company catering to the needs of her clients. Exceeding expectations and leading them through a smooth transaction of purchase and sale of Real Estate Property for her friends, family, and clients. Christina is fluent in Russian and English. 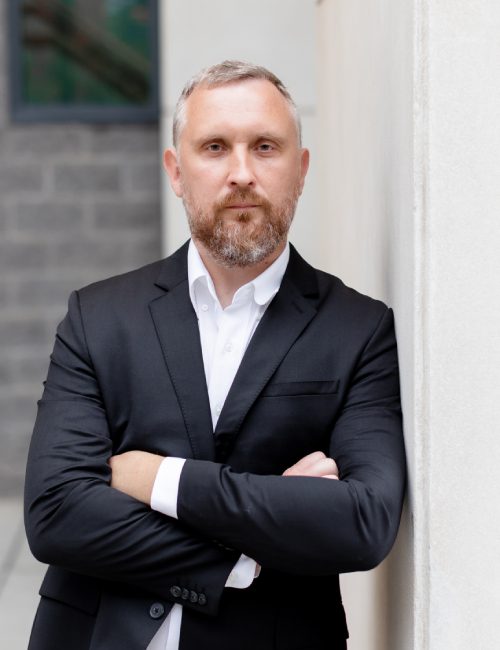 Roman Kalyakin has been in Charlotte Nc for more than 25 years where he owned his own Auto Body Shop for many years growing a successful business over time after all his connection he found a need for his clients that need commercial and investment real estate property. He is excited about helping buyers, sellers and investors obtain real estate for all their needs. He knows the Charlotte Metro like the back of his hand and is bilingual, speaking English and Russian. 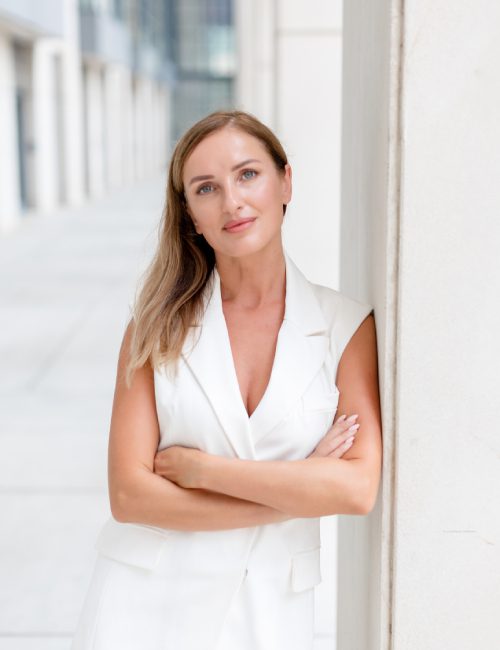 Xeniya graduated in the study of architecture, with a masters degree. She Worked as an executive Director of Project company. She, being in a managing position has controlled work of system integrator and archive services. Also she worked as a construction inspector. When she moved to Charlotte 3 years ago she decided to start her career in Real Estate. Her past helps her in the present. She has joined Akin-Realty, because she wants to grow, to create new relationships with the team and help people to achieve their dreams with their real estate needs all over the growing city of Charlotte. 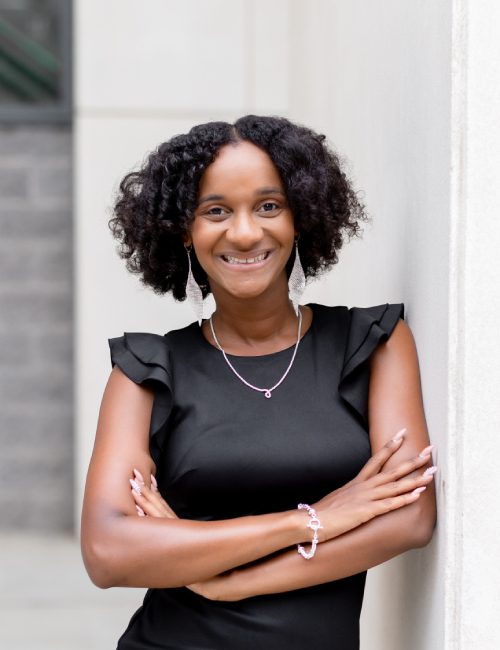 Ollie is a Mompreneur, Yogi, Wife, REALTOR, and Women’s Empowerment Consultant based out of Atlanta, GA. A licensed commercial real estate specialist. She started her career in 2019 and hasn’t looked back since! She was able to close $1MM in sales her first year as an agent and doubled it during her second year. Ollie has assisted with a variety of transactions from warehouses, office space, retail, and even investment properties. She is well versed in all areas of real estate. Alongside her knowledge is her captivating personality. When she is not working, you can find Ollie spending time with her husband and 3 children or whipping up something delicious & nutritious in the kitchen! 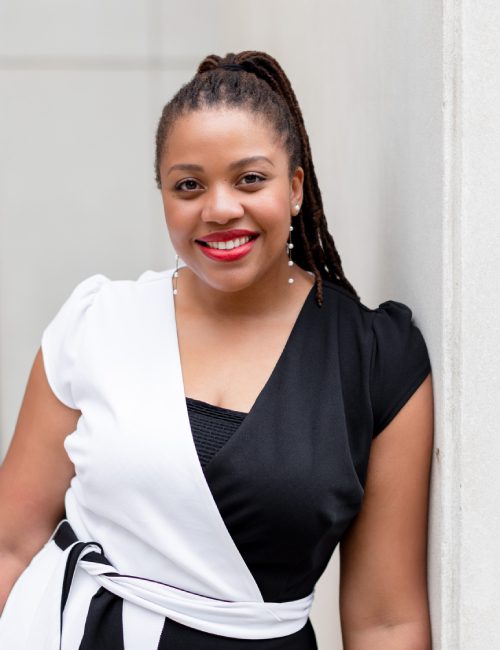 Through her personal experience of becoming a home owner and using multiple Real Estate agents , Herncey felt motivated to provide a great quality experience that leaves her clients properly educated and confident in their investment. Since becoming a mother Herncey has devoted herself to caring for her children and household. She believes that motherhood has refined her skills in patience, active listening and caring for the needs of others which equipped her to better serve her community. With educating being one of her many passions, Herncey will serve you with attention to detail , care , integrity and honesty.

Herncey and her husband relocated to the Charlotte area from Vineland, NJ in July of 2015. She speaks fluent Haitian Kreyol and English. In her free time she loves tending her garden and cooking up delicious and nutritious meals for her friends , family, husband and their two children. 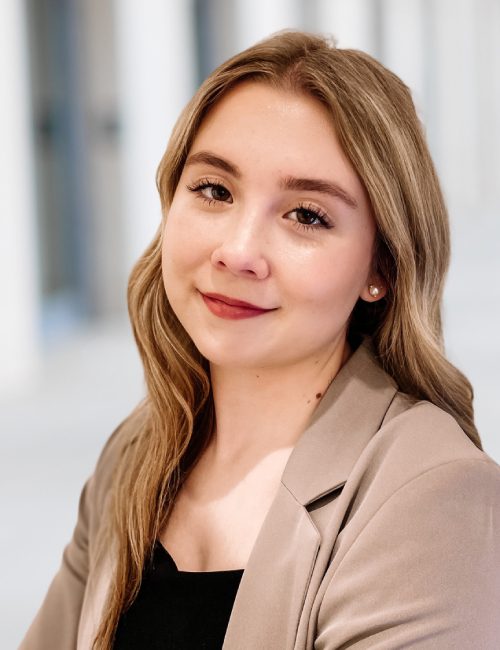 Maria is the licensed assistant and administrator for Akin Realty. She is the voice you hear on the phone that will help you get connected to our professional agents and make sure you have a smooth and seamless transaction whether you are buying, selling or investing in real estate. She is also the event coordinator that plans all the fun surprises and events that our clients are invited to regurly. 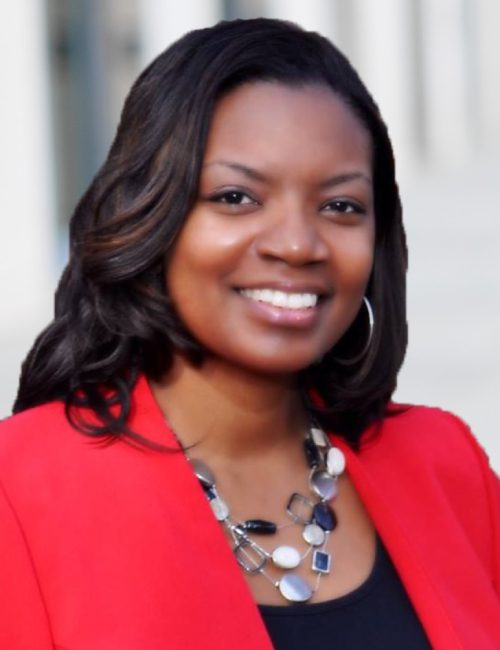 LaTrice has a professional background as a Real Estate Professional and a tax accountant.She has been licensed since 2007 along with her unique skill in attention to detail, integrity, and expertise she has a wealth of knowledge that will help our clients with all their real estate needs, residential, Land and Commercial. She is an advocate for increasing your net worth by acquiring real estate and minimizing your tax liabilities. 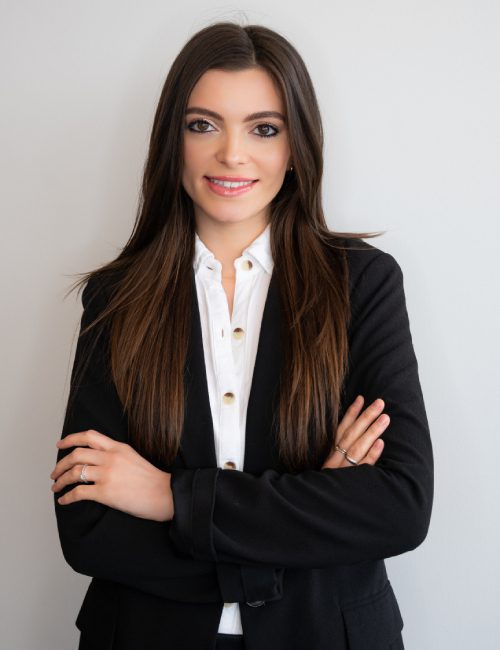 Tanya grew up in Sacramento, California and found her home and passion for real estate in Charlotte, North Carolina. Having worked as a paralegal for several years, she can relate to the legal side of real estate and help simplify the process. Her husband has a law firm that has helped her understand all aspects of the real estate transaction.Tanya specializes in both the buyer’s and seller’s market, and her level of expertise is unmatched. She believes in excellent customer service, quick response times, and getting the job done. 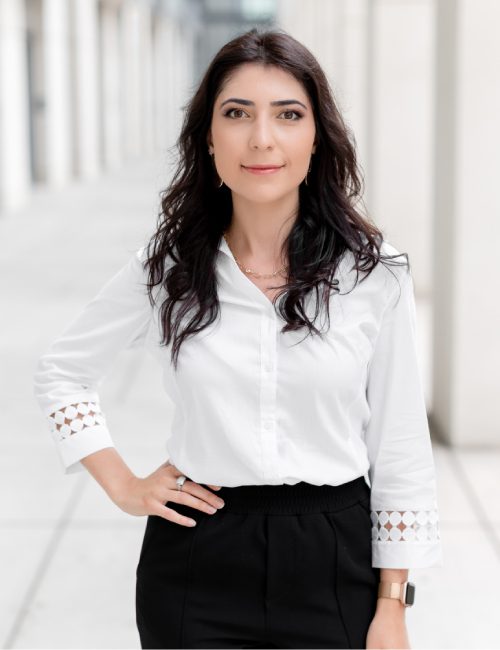 Eyla is coming from different cultural and professional background, and is here to serve you with care, integrity, honesty, quality and expertise. Her nationality is Turkish, but she was born and raised in Russia. At the age of 12 in 2005 she moved to Charlotte with her family. Before entering Real Estate she has been in medical and banking industry. These experiences have taught her the needs and desires of people, how to listen, be organized, disciplined, also be patient and give the best care for people’s health and financial needs. So she is here to serve her community to catch their dreams of buying and selling a home. Eyla speaks fluent Turkish and Russian and also enjoys reading; making beaded jewelry, spend time with family, friends, and her baby girl. 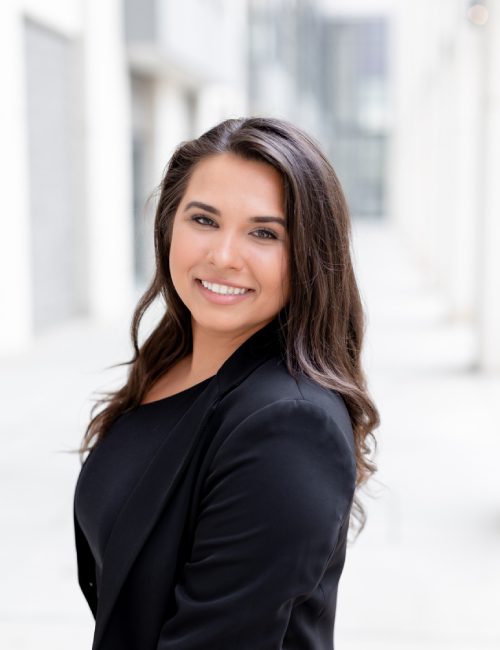 At an early age, Angelica has been in the business world, from managing her parent’s business in her teenage years to working in Wells Fargo Bank in a managing position where she learned a lot about finance and customer service. Angelica got her associate’s degree in Criminal Justice but realized that an office job is not for her. She discovered her passion for real estate to assist her clients to make big changes in their life. Angelica started working with Akin Realty in 2020 as a transaction coordinator and personal assistant where she got a lot of experience. Angelica is fluent in Russian and English. Angelica specializes in residential purchases and sales. 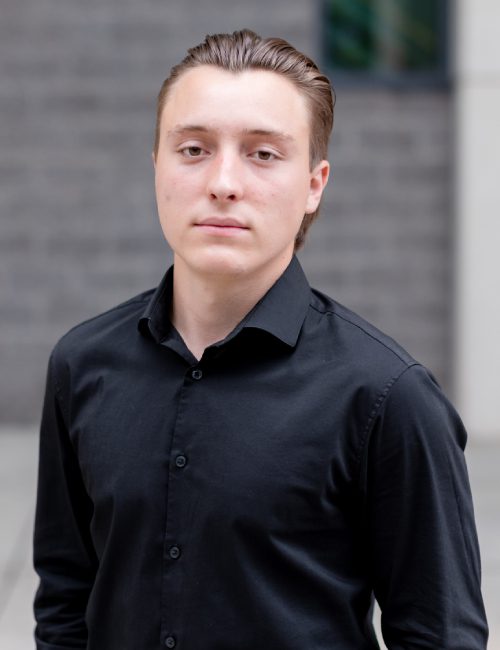 After graduating high school at the age of 16 Nicholas began his journey in discovering his passion. He began several small companies in the blue-collar field some of which include landscaping and window washing. He then got an opportunity to start a career in Real Estate. Nick purchased his first fix & flip at the young age of 17 and after lots of hard work he successfully flipped his first home! He then got his NC Real Estate license the following year. Beginning his career with Remax he was able to set his priorities and grow an understanding in the world of Real Estate. After his time with Remax Nick made the transfer over to Akin where he plans to guide his clients through all their Real Estate needs. God bless, cheers!

What We Do Best